If you’re reading this you most likely already know about the recent developments regarding my leaving YouTube.
For those of you that don’t, I thought I’d inform you of what has recently transpired so you’ll understand where I’m coming from and hopefully get why I’ve made the decision to move on.

When I first began making videos 3 1/2 years ago there were no problems. I could upload anything relating to Sex Ed that I wanted and no one removed it. Sure, there were certain things I had to keep in mind; no swearing, background music, nudity, hateful content, violence, bullying or copyrighted material, but all of those “rules” were understandable and one’s I was more then willing to adhere to.

Unfortunately things have changed over the last year and YouTube just isn’t the open minded, judgment free, uncensored site it used to be.

Beginning early November 2009, quite a few of my videos were removed from the site due to claims the material was “content inappropriate”. What that means, I have no idea. Considering that the videos removed were strictly educational, showed no nudity, had no swearing, didn’t infringe on anyone’s rights and were done in a professional and responsible manner, it honestly made no sense to me, and still doesn’t.

It was this first set of removals that started my fight against YouTube, a situation that lead to over 200 written emails sent their way by subscribers and viewers alike, along with a signed petition that’s currently over 1,930 people strong.

After the influx of mail YouTube received, the removal of my videos stopped and things returned to “normal”. I was once again able to post content without fear or worry of rejection and you, the viewer, were able to learn from a source you had come to rely on and trust.

Sadly, YouTube has gone back to its old ways and removed 8 new videos, along with 22 older videos over the course of the last two months, some within a matter of hours.

Why, I honestly have no idea.

To date, I have not received ONE email or message to inform me about the removal of my videos, why they were removed or a way to appeal the removal. All I get is a message on the page where the previous video could be viewed that reads: “This video has been removed because its content violated YouTube’s Terms of Service.” (as shown below)

YouTube removal messageOn that note, I also haven’t received a reply to any of the polite and respectful, if inquisitive, 25 messages I’ve sent YouTubes way over the last year regarding my Sex Ed 102 channel. If I said their customer service was below par, it would be an understatement.

If you’re wondering why I’d be so upset, it’s rather straightforward:

Over the past 3 1/2 years I’ve been a loyal and dedicated content provider within the YouTube community. I’ve spend countless hours researching information, talking to doctors and nurses, studying statistics and attending courses on subjects viewers have asked about. I’ve worked to the best of my ability to present videos that are not only educational, but one’s viewers could laugh with and relate to. I’ve spent time answering some of the 50+ questions a day I receive from my YouTube inbox alone, hoping that somewhere along the way I’d eased someone’s fears, educated them, and/or encouraged them to make a conscious decision to be safer, smarter and more aware with the choices they make. As I’ve said in many videos, sex is not a game and unfortunately does come with consequences – consequences you deserve to know and learn about.

With that in mind, no matter what anyone says comprehensive Sex Ed is a vital part of a persons well being and overall health; learning about STD’s, the different methods of protection, the male and female anatomy, how to communicate with your partner, different sexual wellness products and everything else that comes with being sexually active is of utmost importance – being educated just could save your life.

I know to most people the videos I create come across as easy, like there is nothing to them and I shoot them in a matter of minutes. However, and contrary to that assumption, each video made requires hours of research, scripting (to make sure I don’t leave anything out), filming, editing, uploading, answering of questions, monitoring of comments and linking to numerous social media outlets to make sure everyone that wants to, gets to see it.

To put things into perspective: each 10 minute video that I upload takes12+ hours to create. Guess it’s like they say, “there’s no rest for the wicked”. 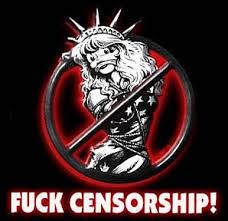 I might not be a Partner with the company (because they won’t accept me, I’ve applied over 12 times) but I DO bring thousands of viewers to the site every time I upload a video. Maybe it’s just me, but that SHOULD count for something.

*On the topic of Partnership and being rejected – according to YouTube “advertisers don’t want to advertise against content that isn’t family friendly”. Yeah, right.

Unfortunately none of the effort I’ve put in matters to the folks at the company. To them what I do is “inappropriate”. Your safety and well being don’t matter. Helping you make conscious and responsible decisions doesn’t matter and allowing you to learn from my videos isn’t something they want you doing. The removal of my videos is proof of that.

What’s more, they’ve decided that you, as a grown adult, shouldn’t be able to choose what you wish to view or who you wish to learn from. They’ve taken away your ability to view videos on a platform you’ve come to trust and in my humble opinion, they’ve done a damn good job of deceiving you and making you think it’s a site for everyone, when clearly it’s not.

For those of you that are going to make the argument that children use the site and therefore my videos SHOULD be removed, I have two responses:

1.) No child should EVER be on a computer unsupervised. Between the pedophiles lurking on the web, pornography that can be easy found and viewed, cyber bullying and number of viruses crawling around, leaving children on the web unattended is just a bad idea. Period.

2.) YouTube has the ability to make videos viewable by those 18+ ONLY, they’ve done it with numerous videos in the past and they continue doing it to others even now. It’s one easy way for them to limit what children find and still allow adults to learn about adult topics in a safe and responsible environment. Problem solved.

As for my leaving, it’s rather simple: I no longer feel any need to continue bringing thousands of viewers to their site if they can’t answer one simple email, give me one legitimate reason as to why my videos are removed, or offer a way to appeal their decision.

With that said, I’m moving on.

From now on I will be uploading content to my Blip.Tv account ONLY. There will be no new links, posts or videos on YouTube anymore. What’s the point? they’ll just get removed in a matter of hours anyways.

If you’d like to continue watching and learning, I suggest you either add me on twitter or facebook (and tolerate my babbling on each site) as the videos I create will ALWAYS be linked on both of my accounts.

If you’d like to help me fight the censorship, removal of videos and work to have the ones that were removed reinstated, please either leave a comment below or message me on facebook, I’ll gladly provide you with the information you need to help. Please also realize that this isn’t me quitting making videos, this is me not giving YouTube any NEW content until the issues are resolved. If we can make a change happen I will more than gladly go back.

To those of you that have continued to help, stood behind me during the battle and fought beside me in this ordeal – if it wasn’t for people like you I would have probably quit long ago. You are a continual sense of inspiration for me and a force that pushes me beyond the limits that even I think I can handle. I sincerely thank you for that! ♥

I hope you can understand the choices I made and not hold them against me. I also hope you will continue to stand behind me and support what I’m trying to do where censorship of Sex Ed is concerned – not just for me, but for those viewers who need it most. For some, their life might just depend on it.

See you on the battlefield

How to Choose a Sex Toy

Things That Need To Stop

Before I announce the winners I just want to say how very thankful I am to those of you that...